The latest report on Sundance docs includes a focus on education. Two entertaining verité films from the US Documentary Competition show that America’s future is in good hands. The docs witness students from diverse backgrounds coming into their own and finding their voices, inviting audiences to join them in their journeys as they fight for a better tomorrow. in the shadow of the Trump administration. The third doc, meanwhile, is a poignant parable of roots and connection to the nature world.

Pete Nicks caps off his acclaimed verité trilogy that began with The Waiting Room and The Force with Homeroom. The film follows Oakland High School’s class of 2020. Punctuated by text messages and social media videos, Homeroom aims to emulate and embody the voice of its featured students. The subjects are mostly young people of colour, so we see their struggles go beyond the expected stress of musical rehearsals, prom planning, SAT scores, and college applications (although those are there too). They also miss out on high school milestones as the pandemic changes their expectations for their final year and they process the unexpected challenges.

However, one hopeful theme becomes evident in Homeroom: adversity and trauma can be debilitating, but they can also be tools for motivation. Indeed, the city of Oakland breeds (or perhaps necessitates) instigators — the Black Panther Party was famously founded there — and the students of Homeroom are no exception. This theme appears most notably as Denilson and Mika, two student representatives on the Board of Education, advocate repeatedly for the removal of police presence at their school and for the associated funding to be reallocated towards more productive means.

The idea’s familiar, of course, but what’s striking is that their defund-the-police dialogue preceded the recent protests calling for the same thing. Homeroom shows that the children are our future, but they also foretell it. While so many 2020-centered projects might leave the audience feeling heavy or cynical, Homeroom conveys a sense of optimism regarding those who’ll soon have much more say in our world—and who regretfully don’t have more say now. – Sandi Rankaduwa

It might at first resemble the Science Fair formula of upbeat school-competition-filmmaking, but there’s more to At the Ready than meets the eye. This engaging portrait of students in the law enforcement program of El Paso’s Horizon High School provides a complicated snapshot of diverse youths in the age of Trump. The film observes as the students undertake the intensive course that prepares them to be agents for the Border Patrol or the DEA.

Director Maisie Crow zeroes in on three students who participate in the school’s Criminal Justice Club and prepare to put their skills to a test in an upcoming competition. They learn the ins-and-outs of sweeping the room, confronting a suspect, and negotiation hostages. They gain confidence and excel in the program, creating paths towards careers and opportunities that often weren’t available for their parents.

For many of these second generation immigrants, however, advancing in the course as Trump vilifies immigrants, particularly Latinos, comes with a great psychological toll. Crow observes intense exchanges as the students debate the necessity of building a wall or using force to protect the border, arguing the need for security on one hand and advocating for the preservation of family ties on the other. To continue with the program and pursue a lucrative career in law enforcement could mean embodying and enforcing the ideals of an administration that has no regard for racial minorities, women, or LGBTQ persons. For many of the students, a career in Border Patrol is akin to selling out.

The cost is especially high for Kassy, a closeted Mexican-American student who rises to become leader of the class. As the end credits reveal—and there’s no way to avoid this revelation while respecting the subject’s story—the star recruit introduces himself as Mason and proudly shares that he came out as transgender following the shoot. Mason’s resilience ultimately makes At the Ready so commendable. This is a brave and intimate portrait of America’s youths who are willing to fight and take a stand for what’s right. Mason is open and vulnerable for the cameras and the doc proves palpably therapeutic. One sees Mason’s confidence rise throughout the duration of the program, as Crow observes how these early opportunities create substantial change for the next generation. One just wishes that the grown-ups would take some lessons as well. – Pat Mullen

Taming the Garden opens with a striking, surreal shot off the coastline of Georgia: a towering tree on a barge floats slowly across the Black Sea. It’s one of many ancient trees that former Georgian prime minister (and multi-billionaire) Bidzina Ivanishvili is adding to his privately owned arboretum. The uprooting and transportation of these trees is an expensive, months-long process that director Salomé Jashi captures in her meditative feature documentary. With its static long takes and slow-moving points-of-focus, Taming the Garden is full of evocative imagery. Jashi thoughtfully conveys perspective with wide, cinematic framing that shows the enormity of the trees and their surroundings in contrast with the smallness of the people defying nature.

Taming the Garden relies mostly on breathtaking visuals — a reminder that the beauty of nature provides living pieces of art that surround us. However, the film touches upon economic implications as well. For example, locals discuss how selling trees can fund improved infrastructure. However, the film’s examination of personal ties to certain trees resonates strongest. The hired workers — all men — sit around a campfire at one point in the film, fondly reminiscing about their favourite trees like past lovers. Towards the end, we see villagers weep and comfort each other as a beloved tree is finally taken away, leaving scarred lands and hearts behind. As the tree approaches its final resting place, it becomes clear how even nature can be tied to power structures and politics. Though the film is more sedate than entertaining, a patient look into Taming the Garden’s message — or perhaps, warning —becomes eye-opening. – Sandi Rankaduwa 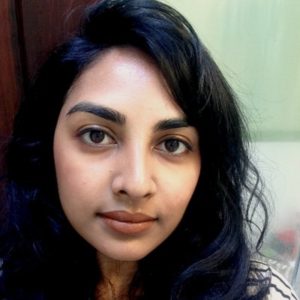 Elements and archives collide in Fire of Love, Jane, and